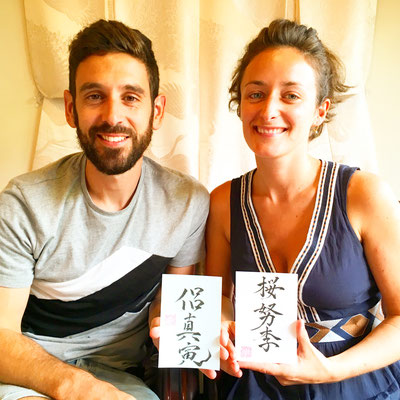 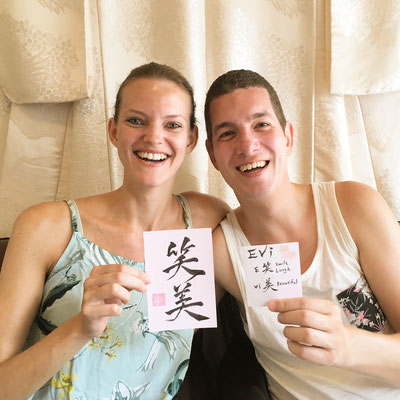 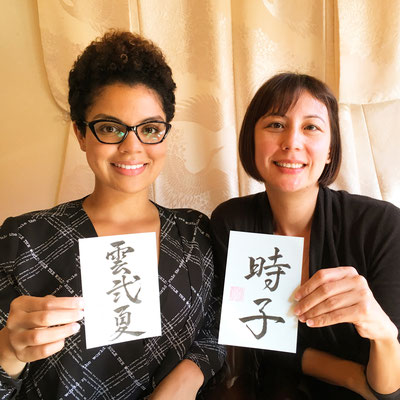 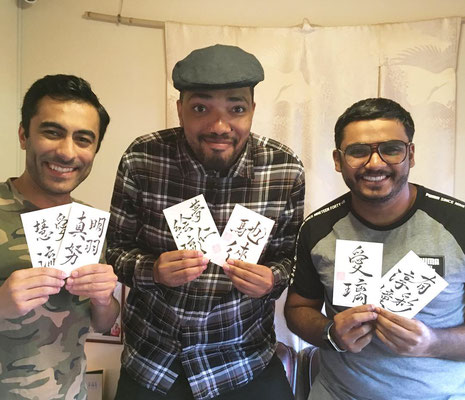 However, this way of thinking is changed when I traveled to Spain. As a gift to Spanish friends I met there, I wrote down their names in Kanjis with Japanese calligraphy. Each Kanji characters have good meanings. When I gave the gift to my Spanish friend, he was really surprised and happy to receive it! Then he recommended me to start a small business with my calligraphy skill for people who like Japanese culture in Europe, the U.S, and so on.

I realized that Japanese calligraphy skill is valuable through this experience.  Now, it's time to use my skill for making more people happy in the world. Kanji Lounge was opened in order to make you happy with the creation of your name in Japanese Kanji calligraphy artworks!